America – The Land of the Food Trucks 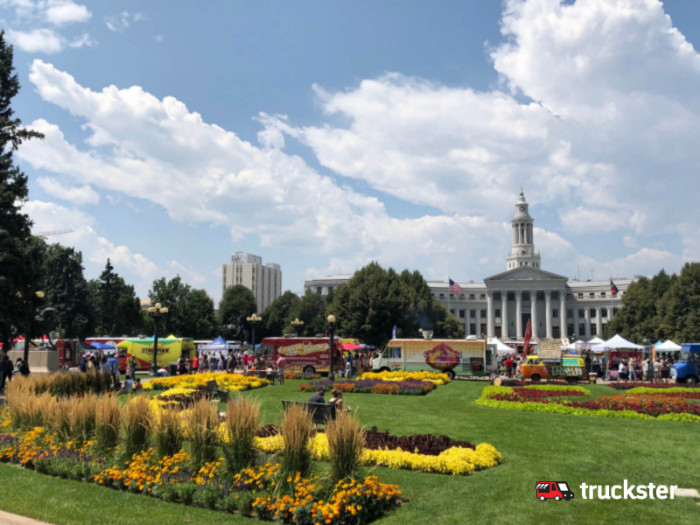 Mobile dining in America goes back to the days of the Colonies, but lately, food trucks have become a phenomenon, and people consider them a unique part of the American landscape. Today, these trucks are as familiar as the streets they stand on, and they are an integral part of the American food scene.

Many people consider food trucks part of American culture. If you go to a Fourth of July celebration, the chances are that there will be a cluster of food trucks somewhere near the venue. Follow Truckster as we take a closer look at how this came to be.

A Brief History of Street Vendors

Back in 1691, when New York City’s name was still New Amsterdam, street vendors found it highly profitable to sell food from pushcarts to passers-by. Street vendors’ clientele grew significantly in the 1850s after gaining access to hungry cross-country train passengers.

Later in the 1800s, several developments boosted the business activities of street vendors. Charles Goodnight invented the chuck wagon to provide food to cattlemen in the old West and, for the first time, a freight wagon became a diner.

The 1950s saw the emergence of ice cream trucks as we know them today and, in 1974, Raul Martinez converted one of these ice cream trucks into America’s very first taco truck. He parked it outside a bar in Los Angeles and undoubtedly generated a lot of profit.

Since then, food trucks became mainstream. In 2004, The Street Vendor Project created a competition called the Vendy Awards to give recognition to New York City’s best street food vendors.

An Integral Part of Society

After 2008, many food trucks started stepping away from traditional food truck meals and focused more on consumer needs. Although customers enjoyed the convenience of buying products from food trucks, they preferred food that is healthier than the products that food trucks typically had to offer.

After many food trucks responded to the health demands of consumers, the industry started growing at a rapid rate.

Another development was that The Southern California Mobile Food Vendors Association (SoCalMFVA) saw the light of day, and one of their primary objectives is to protect the rights of gourmet food truck owners.

Despite the murky relationship between food trucks and the Chicago regulatory authorities, 2010 was also the year that the National Restaurant Association dedicated 1,500 square feet to food trucks at their national convention in the Windy City.

Because of these and other significant developments in recent years, food trucks are an integral part of American society. People from all walks of life plan their daily dietary intake on the presence of food trucks near their workplaces, and food trucks form part of the experience at college and public events.

Since food trucks are unique in every sense, they are, in a way, more synonymous with the American lifestyle than restaurants, eateries, and fast food outlets. Food trucks’ adaptability is one of the most significant reasons for their popularity.

Food trucks are mobile, their food preparation time is, generally speaking, quicker than that of other businesses in the food industry, and they place a lot of emphasis on branding and proving value that resonates with customers.

There are also many complementary services like Truckster that make food trucks more accessible to consumers. It is no wonder, then, that the food truck industry sees many new entrants every year. The costs of starting a food truck are relatively low, and there is ample potential for profit.